In 2013, the Supreme Court invalidated the Round 3 regulations of the Council on Affordable Housing (COAH).  In 2014, COAH failed to adopt new regulations in accordance with the Court’s mandate.  In March, 2015, the Supreme Court eliminated COAH’s jurisdiction in the matter, and returned to the judicial branch of state government full oversight over affordable housing policy.  The Supreme Court has now designated trial courts throughout the state to begin adjudicating issues in their respective jurisdictions involving municipal prospective need, petitions seeking immunity from builder remedy actions, and a host of related matters.  These proceedings will continue through 2016.

The principals of Nassau Capital Advisors, LLC have considerable experience as financial advisors to governmental agencies, providing assistance and guidance in the development and financing of affordable housing.  We also assist municipalities and their affordable housing legal and planning teams in navigating the current judicial process of establishing “fair share” allocations and developing credible plans for inclusionary zoning.

Our principals, Dr. Robert S. Powell, Jr. and Gerry Doherty, recently authored a report published in September, 2015 by the New Jersey State League of Municipalities, entitled Demographic and Economic Constraints on the Inclusionary Zoning Strategy Utilized for the Production of Low and Moderate Income Housing in New Jersey. View the report.

At the request of the State League of Municipalities, we participated in a judicial mediation session in October, 2015, with planners and other consultants in the court of the Hon. Mark A. Trancone, J.S.C., Ocean County.  Judge Trancone is presiding over Mt. Laurel Declaratory Judgment actions filed by Ocean County municipalities.

To best understand the ways our team might assist a municipality in addressing these affordable housing challenges, a brief background review of inclusionary zoning may be useful. 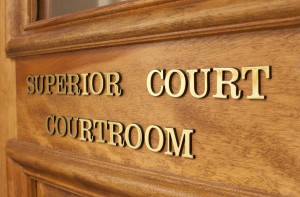 The New Jersey Supreme Court’s 1983 Mt. Laurel decision established a constitutional obligation that municipalities, in the exercise of their delegated power to zone, “afford [ ] a realistic opportunity for the construction of [their] fair share of the present and prospective regional need for low and moderate income housing.”  In 1985, the Legislature enacted the Fair Housing Act (FHA), creating the Council on Affordable Housing (COAH), and directed that agency to develop rules for the implementation of the Court’s policy. The tool the Court and Legislature both envision that municipalities will utilize to establish “a realistic opportunity” for the creation of affordable housing is inclusionary zoning. The tool relies on private capital for the subsidy of affordable housing.  The strategy is to provide financial incentives to private developers, in the form of density zoning bonuses for development in certain areas of a community.  In return, developers agree to subsidize a certain number of low and moderate income housing units.

The reliance on private capital, as opposed to public subsidies, is a fundamental element of New Jersey’s affordable housing strategy.  The Fair Housing Act specifically notes that nothing in that statute “shall require a municipality to raise or expend municipal revenues in order to provide low and moderate income housing.”

Thus, the development of a realistic, economically-feasible inclusionary zoning strategy requires the courts and municipalities to address a number of financial and economic issues.  Nassau Capital Advisors can assist the parties in understanding and addressing these issues, so that the outcome of the current judicial proceedings will produce affordable housing plans that are realistic and credible.

The Immediate Challenge:  What is a realistic “fair share” mandate for the courts to establish for 2015 – 2025?

Historically, the courts and COAH assigned affordable housing mandates to municipalities by focusing almost exclusively on the prospective need for such housing.  Such need is determined by demographic and household income studies of the New Jersey population.

What has been overlooked historically is an understanding of the economic and financial limitations of inclusionary zoning as a tool which must attract sufficient private capital to create the affordable units needed to meet prospective needs.

The inclusionary zoning strategy is a regulatory tool with enormous constraints.  The empirical evidence supporting this conclusion is compelling.  With the passage of the Fair Housing Act and the establishment of COAH, zoning plans for inclusionary developments were initiated by municipalities throughout the state pursuant to the First Round Certifications in 1988.  Thereafter, COAH required municipalities to file annual performance reports on such plans.  COAH provides a summary of such reports on its website, for the period 1990 – 2010.

A detailed review of these reports by Nassau Capital Advisors, LLC found that for the 20-year period 1990 – 2010, municipalities adopted inclusionary zoning plans authorizing a total of 35,910 units of low and moderate income housing units to be built.

Looking forward, inclusionary zoning continues to have very limited potential for creating a meaningful supply of affordable housing in New Jersey. This negative outlook is due (among a number of reasons) to New Jersey’s lagging economy, stagnant growth in population and employment, and a very weak outlook for new housing construction.

Our September, 2015 report for the N.J. State League of Municipalities concluded that New Jersey is likely to produce between 17,000 – 24,000 new units of affordable housing in total for the next decade (through 2025).  The projection assumes an unprecedented, robust level of compliance and participation in the inclusionary zoning process at the local level.

That affordable housing projection represents a small fraction of the prospective need recently given to the courts in several expert reports.  Yet, these prospective need studies (and not a recognition of the severe economic limitations of the inclusionary zoning strategy) may form the basis for judicial mandates to the state’s municipalities. Municipalities may wish to bring to the attention of the courts the severe constraints of the inclusionary zoning tool, as the courts develop their mandates town by town, to obtain more realistic mandates for the coming decade.

The 2015 study cited above by Nassau Capital Advisors, LLC estimated that approximately 27% of households statewide are too poor to afford even “very low income” affordable housing.  (This group of households has incomes between 0% – 20% of median income.)  A similar finding was reported in a 2015 report by Econsult Solutions, Inc.

Thus, municipalities should request that their prospective need numbers through 2025 be adjusted down to reflect the number of extremely poor households included in the total.

Once the courts establish affordable housing goals, a municipality should understand the financial and economic basis for inclusionary zoning projects in order to craft the smartest plans.  Nassau Capital Advisors, LLC can assist municipalities with this work.  The financial issues that arise at this stage of the process include the following: 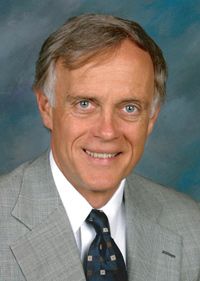 Dr. Robert Powell, Managing Director, has been qualified as an expert witness on matters of real estate financial feasibility by state and federal courts throughout New Jersey in numerous litigation and arbitration matters over the past 15 years.

Dr. Powell’s work with real estate development and finance began during his tenure as the first Executive Director of the NJ Economic Development Authority in Trenton, NJ, and has continued for more than 30 years, during which time he has negotiated hundreds of millions of dollars in incentives for his own development projects as well as for scores of public and private clients.

Dr. Powell has a Master’s Degree and Ph.D. Degree from the Woodrow Wilson School of Public and International Affairs at Princeton University, with a special focus on economics and public policy analysis.  Dr. Powell is a licensed real estate broker in the State of New Jersey. 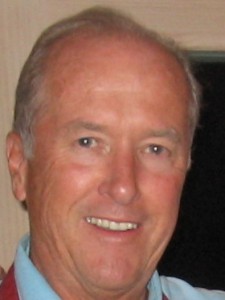